Fishing for barracuda is a night time situation, and only under the full moon during the warm water months of May through December. I have never seen a barracuda caught in the daytime, and this includes thousands of hours by people fishing the inshore waters. To my knowledge, they haven’t even been caught very often as an “incidental catch”.

Gord Roberts came here and fished with Noe (pronounced No-ay) on the panga Porpy in December of 2012. They did well that night catching 9 of the very tasty fish. For that reason, I got to thinking maybe there is a niche here for the captains to get some extra fishing time in for when things are slow, yet offer a unique and incredible fishing experience for the angler.

I compare the greater barracuda here to the flavor of wahoo…It is that good. Our barracuda here are perfectly safe to eat, as we do not have the problem barracuda have in the Gulf and the Caribbean. There is no toxicity in their flesh caused from the coral.

We meet at the Municipal Pier about 6.30 in the evening, and are on our way by 7:00. We generally go out to the White Rocks a couple of miles in front of Barra Potosi, or the rock pinnacles in front of Ixtapa. We then get back around 2:00 in the morning.

The bait is usually a small sierra, used as a strip bait, with a double hook and wire setup (all species of barracuda have a very serious set of dentures). The skin of the sierra has a very brilliant reflection in the moonlight, and performs much better than other baits.
Warm water is the key. From the months of late May through December, we historically have at least 80° water; and the warmer the water the better. I have seen the months of November and December where the current turned cold and that knocked out the barracuda fishing. But, a cold water current coming in here during November or December only occurs about 2 years out of 10.

November and December are great months to fish for barracuda, as the rain season, starting about the first week of June, is usually over by the middle of October. However, even though 95% of our rain comes at night here, it does not rain every day. Actually, 1 day in 5 would be closer to being correct, with several times during the season going as much as two weeks without a drop of rain. We rarely get 4 days of rain in a week and most of the time there are several days between. And, I pay very close attention to the satellite weather maps when I am going barracuda fishing during the rainy season. 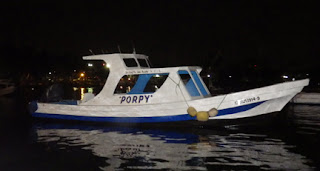 To use conventional gear and traditionally troll for barracuda I would first recommend Noe on the panga Porpy, and close behind him, I would recommend Cheva on the panga Dos Hermanos II and Arturo on the panga Janeth. The charter is $225 for the 7 hour trip. If rain is forecasted, then you do not go, but you will not be out any money either. Due to the number of anglers wanting to go for barracuda during the high season for tourists coming here, deposits will only be taken in November and December.
I fish a bit different than just traditional conventional trolling. In my arsenal is also a kite and live bait. The distress vibrations of live bait splashing on the surface are very real, and attract the game fish like a magnet. I either have the angler on the spin rod with the live bait attached to the kite line with a release clip. Or, I get the live bait up in the air by pulling on the line, with the fly angler making the cast with a very brilliant fly. My fee is $375 for fishing the barracuda (spin or fly fishermen only). It includes the panga, bait, all gear, etc. 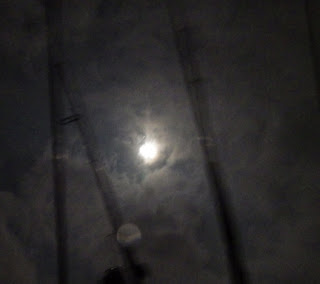 Ed kunze
Moved to Mexico in 1998 and I am enjoying life edkunze@gmail.com